Who can use task pane pinning?

All users from free to Enterprise can use task pane pinning as long as their system meets the minimum system requirements as set by Microsoft below.

How to enable task pane pinning?

Users will see a pin icon next to the close(X)  icon at the top right of the App as shown below. By default the App is in an unpinned state, meaning if you move to a different email, the App will close automatically.

To keep the App open as you navigate from mail to mail, click the pin icon. Once pinned the App will stay open all the time until you close it. In the even you do close it the App will need to be pinned again.

App with pinning OFF

App with pinning ON 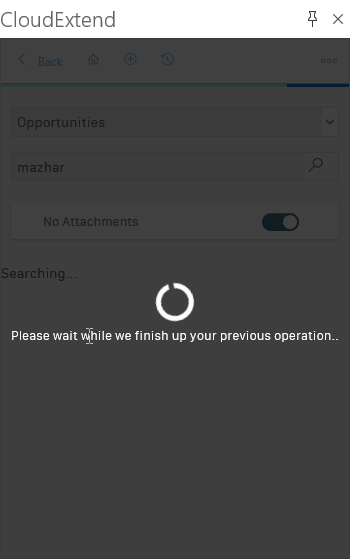 This is required to prevent the app from making parallel requests to NetSuite while a current request is in progress and avoid any concurrency issues.