Email Sync: Where are emails and file attachments saved in NetSuite?

Written by Justine Burdo
Updated over a week ago

All emails saved via CloudExtend will be under the Messages tab which, for most NetSuite users, is a subtab under the Communications tab as shown below: 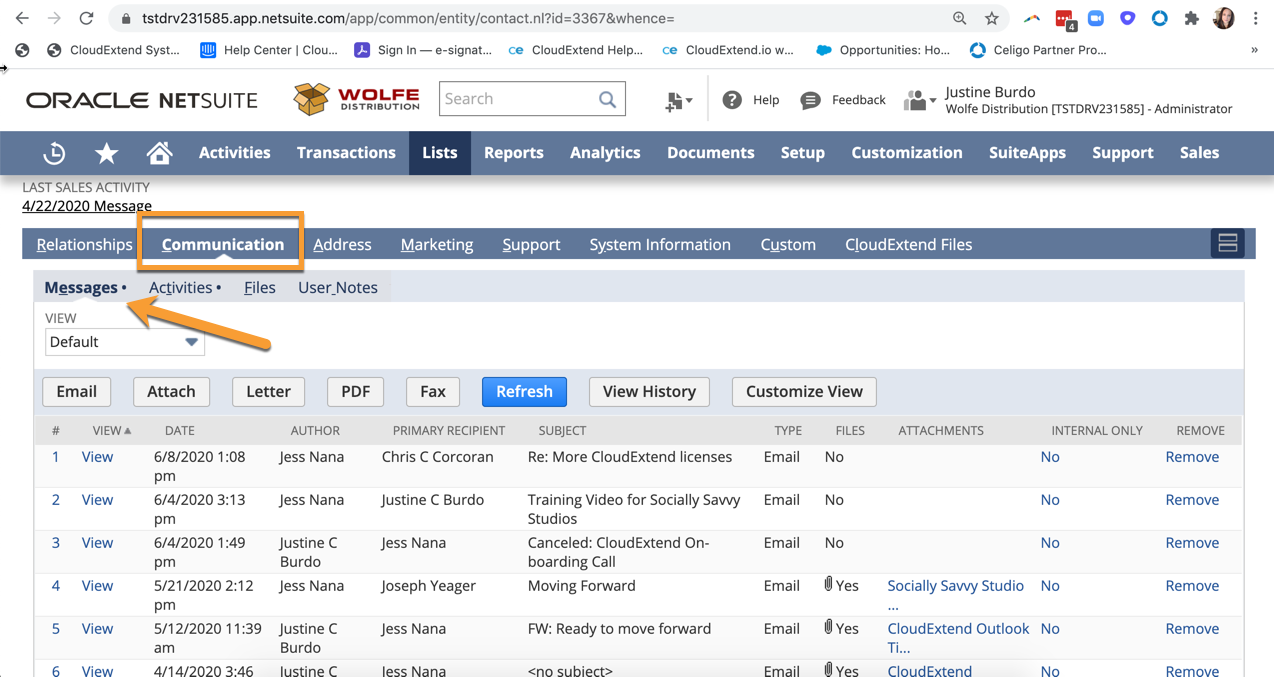 Attachments will show under attachments on the email message. This allows for a complete audit of the attachment so others can understand where, when, and how the attachment arrived in NetSuite (as opposed to just storing it in the file cabinet). 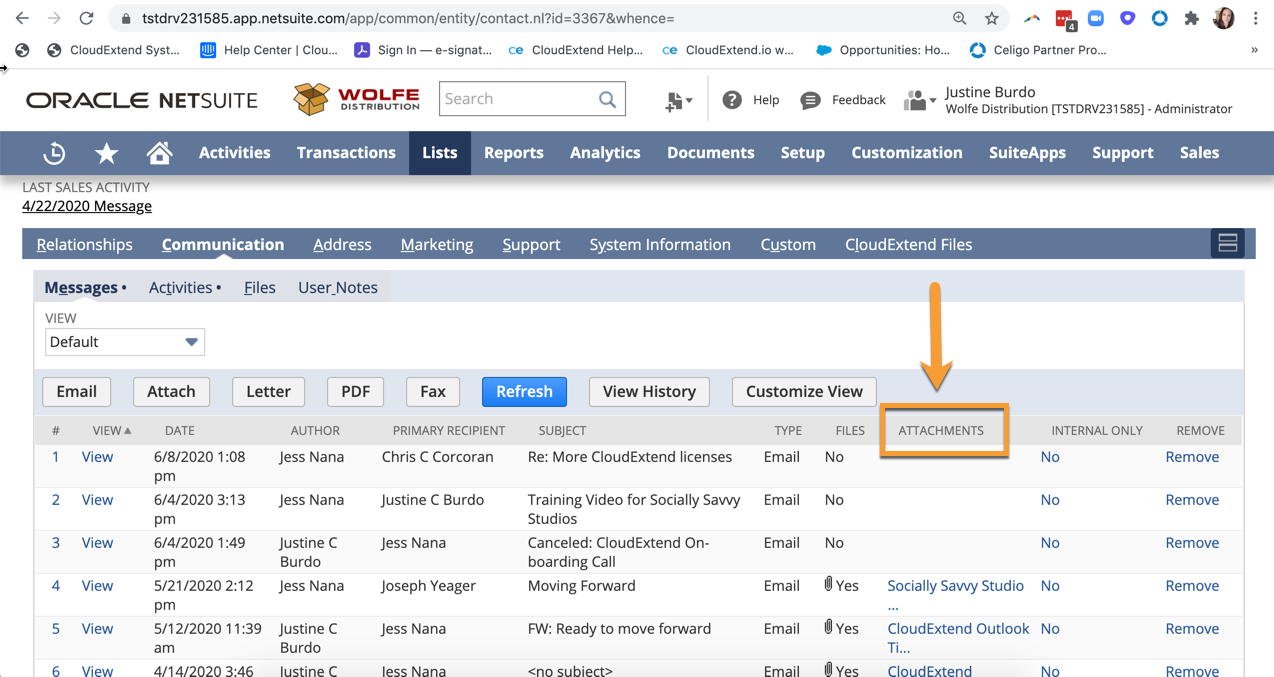 Previously (prior to August 2020 release) file attachments were stored under the CloudExtendFiles folder which, in some cases, caused permission issues. File attachments are now stored in the default NetSuite folder called Attachments Received under the name of the user that attached them. The previous edition also had a restriction on the length of the file name. With this update that restriction has been removed.