XLNS | Learn why we're building it, what's new, and how to install it

Written by Chris Corcoran
Updated over a week ago 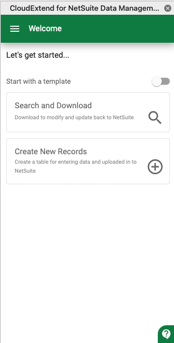 Why Are We Updating CloudExtend Excel Data Management?

Put simply, you asked, and we listened. We’ve collected tons of feedback from you, our users, and we’ve taken that feedback to build an improved version of our application with improvements to all areas of the application.

What’s in it for you?

Glad you asked…here's a short list (a full comparison can be found in this article).

There are a couple of things missing from the beta app, at least for now. They'll be here soon.

How do I give feedback

Feedback can be provided to support using the chat icon in the app or by sending an email to cloudextend-support@celigo.com.

How to Install the Beta

Click here for step-by-step instructions for installing the beta.

Visit our support site chock full of detailed information, screenshots, and videos to continue learning more about the next generation of our CloudExtend Excel applications.